e te mi metti un link in cui il coglionazzo ciancia che l'amerrica 'usually doesn’t have the kind of capital controls that might leave people unable to access their funds at will.'

Is the Dollar’s Dominance Under Threat? 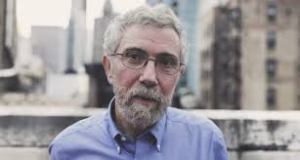 Is the U.S. dollar at risk of losing its position of international dominance? I’ve been seeing some breathless speculation to that effect over the past few weeks; I’ll talk about the sources of that speculation in a minute. But let me first note that this isn’t a new question. Indeed, I wrote about it at length a few years back.

And by a few years I mean four decades. I published a paper titled “The International Role of the Dollar: Theory and Prospect” in 1984, in which I concluded that an end to dollar dominance was possible but not probable, and that it wouldn’t make much difference even if it did happen.

Obviously, the world has changed immensely since I wrote that paper, and there have also been some important advances in the theory of international currencies. But both the logic behind the dollar’s (continued) dominance and the reasons not to make a big deal out of that dominance remain pretty much what they were all those years ago.

So where is the death-of-the-dollar buzz coming from all of a sudden? Some of it is coming from the crypto cult. Although cryptocurrencies have been around for many years and still haven’t come to play any significant role in legitimate business — not to mention the astonishing scale of the scandals that have plagued the industry — they’re still being hyped. Last week Ted Cruz introduced a resolution that would require vending machines in the Capitol to accept cryptocurrencies. And the cult is still claiming that Bitcoin or one of its rivals will replace the dollar any day now.

Talk about an end to the dollar’s reign may also reflect a widespread perception that the United States “weaponized” the dollar to impose financial sanctions on Russia after Vladimir Putin invaded Ukraine. Without getting into the details, I think that’s basically wrong — what we really weaponized was the dominance of New York and London as financial centers, which tends to make everything the business of their financial regulators and rules. But in any case, the idea seems to be that some regimes will turn away from the dollar to protect themselves against sanctions in the event they do something America disapproves of.

And so we have reports that China is trying to promote oil trade in yuan and Russia and Iran are considering creating a gold-backed cryptocurrency. And for some reason Brazil and Argentina are talking about creating a common currency along the lines of the euro, which is a really terrible idea.

Money is a medium of exchange: If you’re a carpenter who wants groceries, you don’t try to find a supermarket that needs its shelves repaired, you sell your services for dollars and use the dollars to purchase eggs. Similarly, if you want to convert Indian rupees into Brazilian reais, you don’t try to find someone seeking the reverse trade, you convert the rupees into dollars and use the dollars to buy reais.

Money is a unit of account: People normally set prices and write contracts that specify payments in dollars rather than in units of, say, Tesla stock. Similarly, many (although by no means all) international prices and contracts are set in U.S. dollars.

Finally, money has to be a reasonably stable store of value — a place you can park your wealth for a while without much risk that it will suddenly lose most of its purchasing power.

What’s somewhat distinctive about international currencies is that they play these roles for governments — which intervene in currency markets, sometimes peg the values of their currencies to someone else’s money and hold stocks of foreign exchange — as well as the private sector. So to describe the dollar’s position you need a matrix like this one, lifted from my 1984 paper:

What the dollar does: It’s the money of moneys.Credit…Paul Krugman

To some extent, the dollar’s dominance is locked in because these roles are self-reinforcing. It’s easier to do transactions in dollars than in other currencies because so many other people use dollars, and the ease of transactions is one reason so many people use dollars. As the great Charles Kindleberger pointed out, the dollar’s role as an international currency is quite a lot like the role of English as an international language.

So is there anything happening in the world that would plausibly dethrone the dollar from its leading position? Bear in mind that while the dollar’s dominance is partly caused by self-reinforcement, it also rests on some fundamentals: America has a huge economy with a huge, sophisticated capital market, and usually doesn’t have the kind of capital controls that might leave people unable to access their funds at will.

These fundamentals immediately rule out the yuan as an alternative to the dollar, because China does have capital controls and seems unlikely to give them up any time soon. Furthermore, while it’s true that dictators have some reason to fear that America might impound their assets if they invade a neighbor or decide to kill a bunch of their subjects, private investors have much more reason to fear arbitrary actions from an authoritarian regime that doesn’t believe in the rule of law.

For a while it looked as if the euro might become a serious rival to the dollar: The euro area economy is comparable to ours in size and sophistication. But since 2010, European capital markets have been somewhat fragmented, with, for example, Italian bonds trading at a discount to German bonds. So a euro challenge to the dollar has been postponed, perhaps indefinitely.

What is true, as Barry Eichengreen and his colleagues have pointed out, is that central banks have been diversifying their currency holdings — not into potential dollar rivals but into smaller currencies: 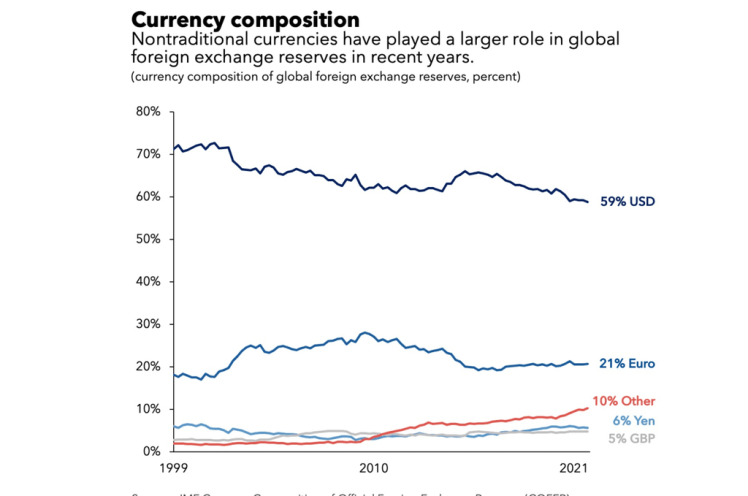 Spreading the wealth a bit, but no true dollar rival on the horizon.Credit…International Monetary Fund

This is an interesting development, and it would be worth trying to figure out why it’s happening, but it’s hardly earth-shattering. Dollar dominance sounds important if you haven’t thought about it much, but much less so if you have. In fact, in general, the more you know about international currencies, the less important you think they are.

For example, I fairly often encounter statements to the effect that the global role of the dollar gives America a unique ability to run persistent trade deficits. Tell that to the Australians, who have been doing that just fine: 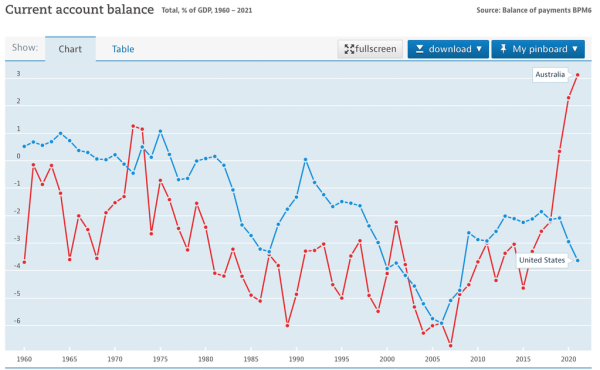 The trade deficits down under.Credit…O.E.C.D.

Oh, and I’ve heard some amazing conspiracy theories over time — like the claim that we invaded Iraq because Saddam Hussein was planning to stop pricing his oil in dollars. Sorry, but no.

It’s true that the dollar’s special role probably lets America borrow a bit more cheaply than it could otherwise, and we in effect get a zero-interest loan from the large quantity of U.S. paper currency — mainly $100 bills — held outside the country, much of it for nefarious purposes. But these advantages are ultimately trivial for what is, after all, a $26 trillion economy.

So, no, the dollar’s dominance isn’t under threat. And even if it were, it wouldn’t be a big deal.